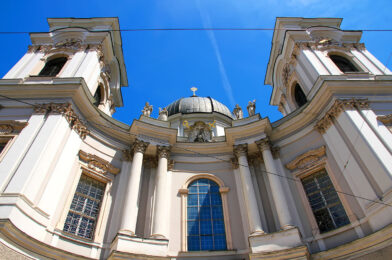 I hesitate to write this post. However, everything written here is my first-hand experience. The reason I hesitate is because it deals with an extremely high profile person’s partner. I will only use her name once.

In 2002, I worked as a student journalist for a Catholic university newspaper in South Texas. Again, I hesitate to name the university and city, but if you do a little digging, you will find an article in the Business Journal for that year. It was my last year in college, but I, and my fellow student journalists, were green about the level of depravity and corruption embedded in politic, entertainment, business and the global leaders we sometimes called ‘heroes’.

It was an era of conferences, especially after 9/11. The leaders of the world impaled wisdom on the masses as gesture of good will. And in 2002, the Catholic university I attended was desperate for money and prestige. A small, university in South Texas, it had to compete against the likes of the Trinities and Saint Mary’s. The conference was organized by a group of non-profit organizations, local business and the panel included politicians and others in academia and the arts. The focus was on “Leadership Excellence: Integrity, Diversity, Community, Scholarship”. These are all buzz words that mean one thing…the elite coming together to push their bull shit word salad speeches and, in return, they receive money, sponsorships and notoriety.

If you are too young to remember or weren’t alive during the age of the talk show queen, Oprah Winfrey, you probably have no idea who Stedman Graham is. The internetz claims that Graham is an educator and a public speaker. You can see on his website that he has written many books on subjects, such as leadership, branding, and self-awareness.

Stedman is so insignificant in the our celebrity consciousness, I couldn’t find a stock photo of him.

But I digress. He’s an allusive character. He’s pretty much known for his celebrity partner more than anything. And even that relationship is mysterious. She rarely comments on it. They have never married and she barely acknowledges him as a ‘boyfriend’. If you want to hear the bubblegum version of their ‘romance’ you can read this article I found on her magazine’s website.

The truth is, I couldn’t find much on him, on Google or DuckDuckGo.com, beyond what he does for a ‘living’.

That winter, when the college was prepping for the arrival of the prestigous guests, it was, of course, our job to promote and write about the event. I was not assigned to do the interview with Stedman. But I was a part of the editorial team. We were pretty excited, as this was our first big celebrity piece.

That excitement soon vanished when we began to get the calls. It started during the weekday afternoon. I arrived to the office and there was commotion. When I asked what was going on, one of the other reporters said that they had received a strange call from a woman begging us to tell the truth about one of the guest panelists.

The next day, the woman called again. I answered the office phone. You have to keep in mind, this was almost 20 years ago and the conversation only seemed significant because, at the time, it was bizarre to us. And it was forgotten until this whole Pizzagate/Hollywood pedo stuff started popping after the Wikileaks.

The woman was calm at first and then told me the most astonishing thing. She said that we couldn’t have Graham as a guest speaker at the university because he was a child rapist. She said she knew for a fact that he ‘rapes little boys.”

Again, you have to remember, I knew nothing then. The information was so beyond my innocence and comprehension, I pretty much hung up on her. When we approached our newspaper advisor, she told us to ignore the calls and we were not to further engage. So we didn’t.

In the end, that incident was tucked away and Stedman Graham was interviewed, no one asked him about the allegations. And he went on to engage in the panel.

It was probably a year ago when I read about her healer and friend, John of God, was arrested for allegedly sexually abusing little girls, that the memory of Graham’s appearance at my alma mater, and the strange phone calls, just so happened to slip back into my memory.

And through the years, first as a hard-news journalist, then as an entertainment reporter, these little droplets of strange incidents, conversations that I had with people and experiences, that seemed a little off, began to put themselves together like a puzzle that has no picture box.

I have mentioned this in several posts and on social media, the people who know, but wanted to protect me, have said that the worst is even worse than the imagination can conjure. And if I knew the truth, I’d have no choice but to give up and put a bullet in my head.